Social media has a been a whirlwind abuzz about Kanye West. There are so many opinions and apparently of lot of criticism, I tend to stay away from negative news, but I’ve read other people’s posts about the criticism is coming from believers. When something is going on thats “big news” I tend to sit back and pray for the Lord to lead me in whether or not He wants me to respond and share my thoughts. I feel in my heart this is one of those times He’s saying “yes.” It’s been on my heart non-stop, and if I have learned anything about the Holy Spirit it’s that He’s persistent until we obey.

I attend an international Bible study class that is called BSF International, an academic year long study that digs really deep into different books of the Bible. What happens pretty much every year is something that often parallels with we we are studying. This year, so far, is Kanye West’s bold proclamation that Jesus is King, and his sharing that he is now a follower of Jesus.

Ready for this?! These are not my words, these are the Lord’s, and I pray they are an encouragement to you.

Here are a couple thoughts on Acts, Paul, and Kanye West:

A couple weeks ago, we studied Saul’s conversion. Saul was a quintessential “perfect” Jew. He gives us a pretty good list of why he was able to have “confidence in the flesh” in Philippians 3:3-14. Paul hated those who followed Jesus because he thought there was no way Jesus could be the Son of God. His faith was grounded in tradition and following the Law.

It was about religion for Saul, not relationship and faith. He also killed those who proclaimed Jesus, and put others in prison. Right after Stephen was stoned to death in Acts 7: 54-60, Saul approved of Stephen’s execution. (Acts 8:1). “Then he went off ravaging the church…” (Acts. 8:3.)

But, one day, as Saul was on his way to Damascus. Suddenly, a bright light from Heaven shone around him. He fell to the ground, and a voice said “Saul, Saul, why are you persecuting me.” (Acts 9:4)

Don’t we wish this could happen for all those we pray would come to know Jesus?! How incredible, friends.

It’s important to know this was after Jesus’ death, resurrection, and ascension. A little further down in scripture Jesus tells Ananias that He chose Saul Himself to carry His name to “Gentiles and kings, and the children of Israel.”

Now, I honestly haven’t followed much of Kanye West’s career, so I’m not going to pretend I know much about it. I’m not sure if he openly persecuted anyone who believed in Jesus, but obviously he didn’t kill anyone. However, from what I understand he didn’t necessarily live a life that reflected a belief in Jesus and that is because He had not yet met Him.

All that was needed was one interaction with Jesus, and he would be changed forever.

God can use anyone willing to spread the name of Jesus, even better when they have a past to share and show true transformation of their heart.

A transformation that only God can make happen through the Holy Spirit.

Saul was legalistic Jew. He persecuted Christians. He hated them so much that he conspired to have them thrown in prison and even found solace in their deaths.

Kanye lived a “worldly” life. He made music about secular ideas, and made his name known by living a grand life according to a worldly perspective. Today he is proclaiming that he is “of the Word”.

Saul had a huge platform. He was widely known. Jews respected him.

Kanye also has a huge platform. Millions listen to his music. Millions follow him, and listen to him. He is now proclaiming truth to a broken world, that many Christians pray would open their hearts to learning more about.

We should be praising the Lord that he is now using that platform to share what Jesus has done in his life, just like Paul did. In a moment his life is forever changed. His salvation is rooted in faith in Jesus, not his past decisions or lifestyle.

The Holy Spirit turns God’s enemies into evangelists. There is no one beyond the reach of God’s grace and love.

Moving on to this week’s section of scripture, Peter was given a vision from the Lord to go to Antioch and preach to the Gentiles. (Acts 10:9-48).

Peter is staying with a man name Simon, and falls into trance while he is waiting to eat. What he saw was Heaven being opened up, and a large white sheet being lowered down to him with all kinds of four legged animals. Then a voice said, “Get, up Peter. Kill and Eat.” Peter can’t help but resist because of the traditions and Jewish laws about not eating anything umpire or unclean. But, the voice calls to him and says, “do not call anything impure that God has made clean.” (Acts 10:11-15).

This is a command from the Lord to not resist preaching to the Gentiles. In Jewish law, the Jews were not to be in contact with anyone who was unclean. This vision is teaching Peter that he was no longer to look upon the Gentiles as unclean. Jesus was showing Peter that God could make anyone clean and redeem them to Himself.

We can see this today as well. We are quick to judge those who have a past or make “big” mistakes. Just like in Acts, God’s people were not limited to Jewish heritage or tradition. And today, no one is limited to their prior choices or “unclean” decisions. And praise Jesus, because I fail practically daily in my choices. Whether I choose selfishness, lose my temper, choose to indulge in a bit of road rage, or show unkindness to a stranger. I am so grateful that His mercies are new every morning.

Jesus builds up His church with all kinds of people. It’s easy to see this in scripture, over and over again. So why is it any different today? It’s not. We are still under the grace of Jesus.

The good news of the gospel changes everything.

Saul became Paul and spread the name of Jesus everywhere he went. So, now we hold on to hope that Kanye will do the same thing. Will he mess up, yes? But, do we need to hold our breath, and say “I told ya so?” No. We extend the same grace that we pray for over and over again.

“So if God gave them the same gift He gave us, who believed in the Lord Jesus Christ, who was I to think that I could stand in God’s way?’ (Acts 11:17) This struck a cord in my heart when I read it. We shouldn’t be debating over whether or not someone is being “for real” with their new faith.

None of us know the truth about anyone’s salvation because it’s personal between them and Jesus. But, we do know that salvation is simple and it is for everyone who pursues it.  Salvation is belief and declaration that Jesus died for your sins and was raised to life from God the Father.

The Gospel is for everyone.

Lastly, I’m reminded of the parable of the lost sheep. “I tell you that in the same way there will be more rejoicing in heaven over one sinner who repents than over the ninety-nine righteous persons who do not need to repent.” (Luke 15:7).

Let’s rejoice together friends, and pray for Kanye’s heart and those who could potentially come to know Jesus as well because of his testimony. Let’s pray for his continued growth in the Word. We should be hopeful he will stay bold, and not be burdened by the “Pharisees” who are looking to focus on his past, instead of being hopeful for a change. I encourage each of us to do our part in shining the Light in our communities and influences. 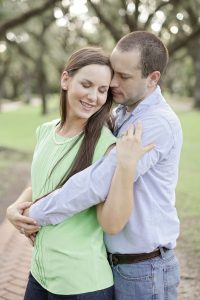 Hi there, we are Kason and Tamara Menges. We are excited to share encouragement and tips with you to build a life-giving home to reflect the Light of Jesus to the world. Image by Alyse French Photography 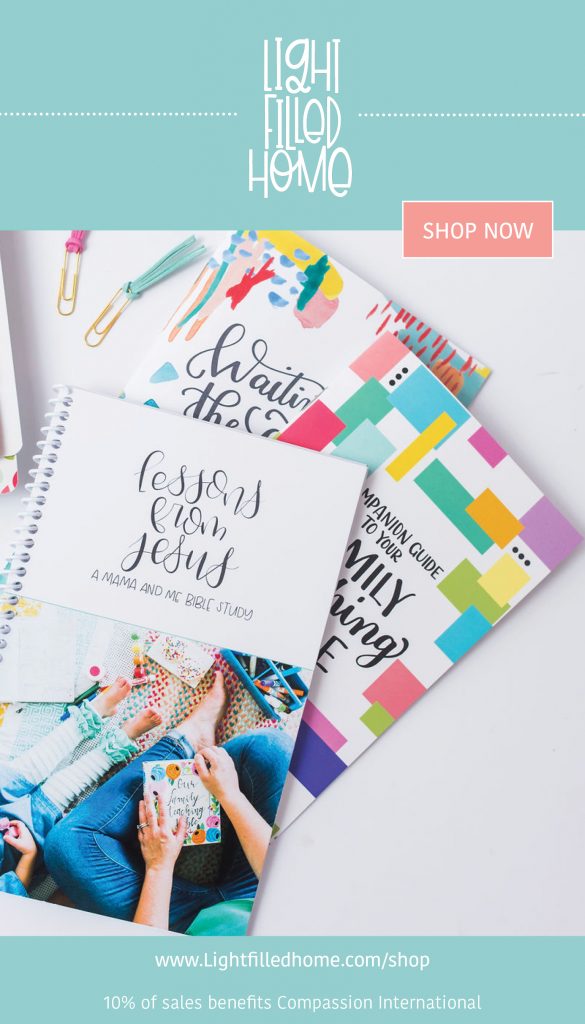 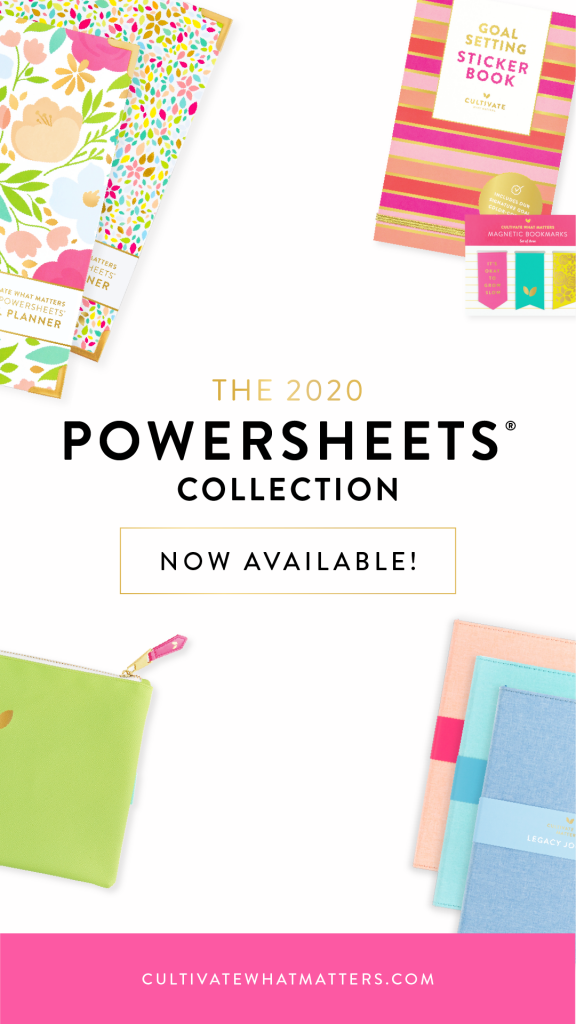